Today I want to introduce you one of my preferred Bitcoin faucets. The Cointiply faucet allows you to gain Bitcoins over different possibilities. You’ll get 100 Coins for registering on the page (which are round about 0,014 $). 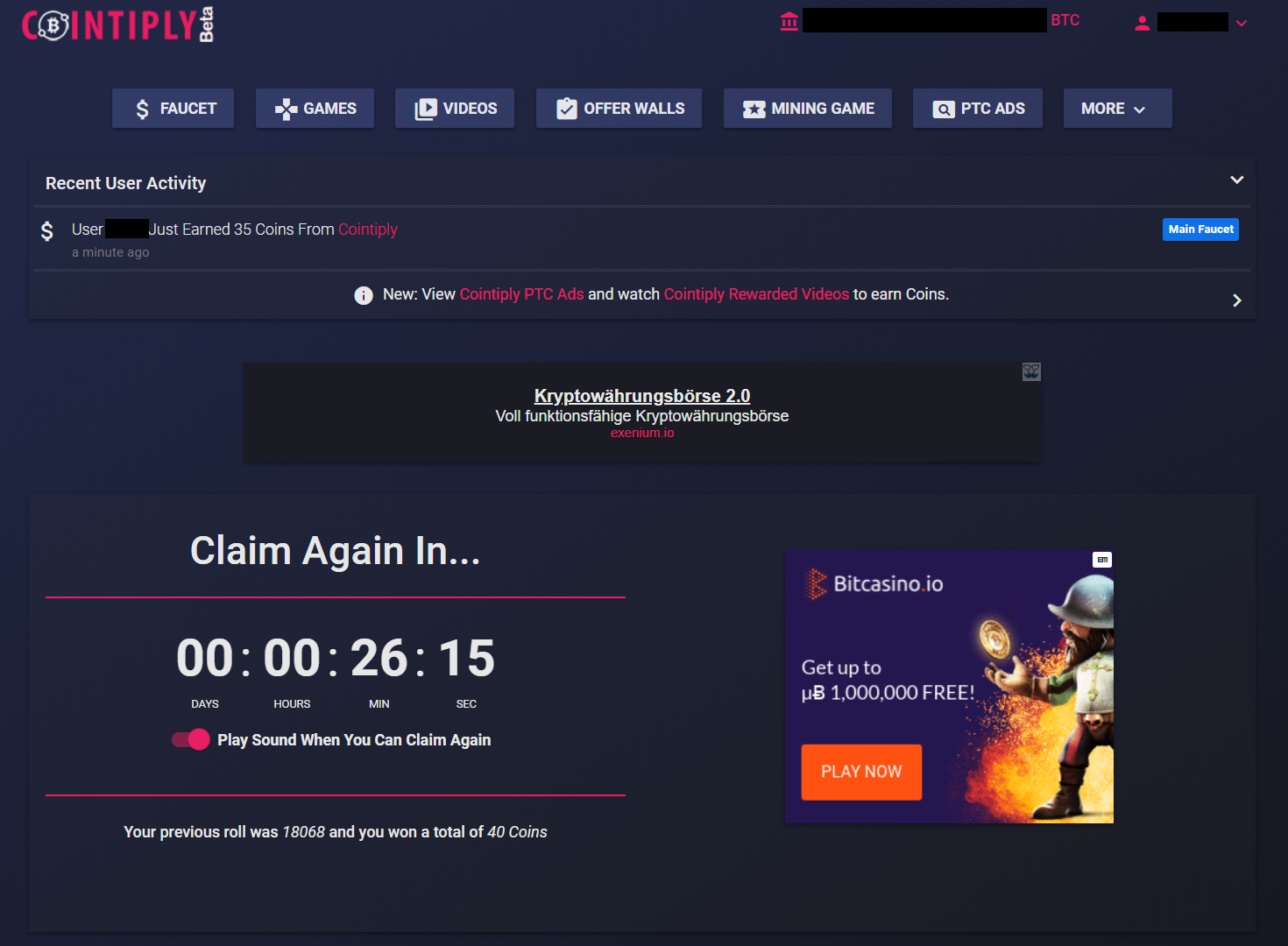 As mentioned above, you can do many things to get Bitcoins for free.

In general I can say, that this is one of the most worthwhile Bitcoin faucets i actually know. The more you do some extra work the more your income increases!